Costas Karamanlis: The signing of the contract for E65 highway on Thursday 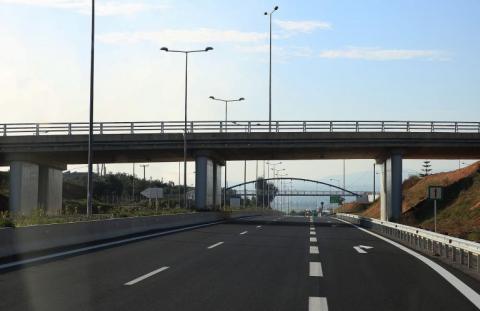 He pointed out that E65 is an emblematic project for Western Macedonia, which is directly related to the de-lignification of the region. He reminded that a great battle was fought for the country to get the final approvals from the European Commission, with the contribution of the Prime Minister himself.

Regarding Line 4 of the Metro, Mr. Karamanlis said that the first construction sites will be set up in the summer for the preliminary works in Katehaki and Alsos Veikou, at both ends of the Line. Preliminary work will take from 18 to 24 months, as it is a complex and difficult task.

Metro Line 4, approximately 13 km long, will have 15 new stations, including in Galatsi, Kypseli, in the Courts, in Exarchia, in Kolonaki, in Evangelismos (where the existing station will be expanded), in the University Campus in Zografou and Goudi.

Regarding the issue of the Exarcheia station, Mr. Karamanlis reminded that this planning was "run" by the previous Government. "For us, there are no neighborhoods in Athens that we will leave in the shadows, there are no sanctuaries", he also stressed and added that: "In the...