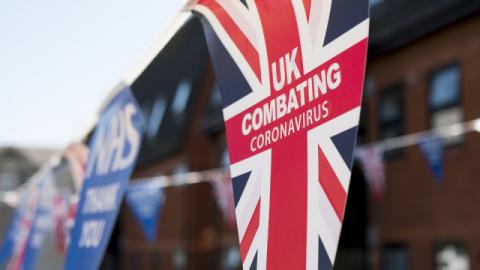 A surge in cases of the delta variant continued to push the U.K.'s coronavirus infection numbers to levels not seen since the winter, even with most of the adult population now fully vaccinated.

With more than 60 percent of adults in the country having received two shots, there's growing optimism among experts that the vaccine roll-out has broken the link between cases and deaths.

Still, the recent surge in cases is threatening plans by Boris Johnson's government to reopen the country, and while vaccines appear to be effective against the latest variant, a rise in cases poses the threat of further mutations.

The U.K. reported more than 16,000 new cases on Wednesday, the most since February 6. The surge has in turn led to a steady increase in the number of people hospitalized, at more than 1,500 for the first time since the end of April. Daily fatalities, however, remain relatively low.

The delta variant, first identified in India, is now the dominant virus strain in the U.K. Its spread last week forced the British government to delay plans to end most virus-related restrictions.