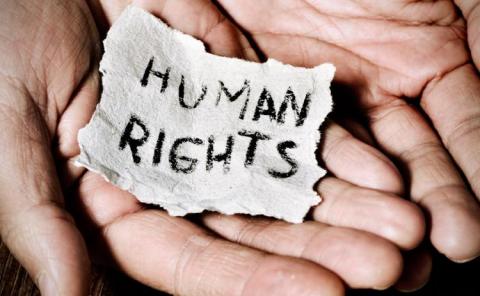 Ljubljana – CIVICUS, an international alliance of NGOs, on Wednesday placed Slovenia on its list of countries to be monitored for a decline in fundamental civil liberties. Under Janez Janša’s government, civil society organisations have been undermined by funding cuts and journalists and the national press agency have been targeted, they wrote.

This comes as Monitor CIVICUS, an online platform that monitors civil liberties in 196 countries, released its updated human rights watchlist on Wednesday.

The CIVICUS Monitor Watch List draws attention to countries where there is a serious and rapid decline in respect for civic space. The list now includes Slovenia, Colombia, Ethiopia, Chad and Myanmar.

As CIVICUS pointed out, since assuming power, Janez Janša’s government has been “using the Covid-19 pandemic as a pretext to pass several measures that affect basic human rights, the rule of law and the right to participation”.

They said that civil society organisations faced funding cuts and smear campaigns, and the government had justified its decisions by claiming that the money will be redirected to contain the pandemic.

“In addition, the right to peaceful assembly has been disproportionately limited during the pandemic. Since the government came into power, weekly cycling protests have been held. However, police have issued fines to protesters summing up to EUR 10,000,” they wrote.

It notes that the Slovenian Press Agency (STA) has been facing political and economic pressures as well. The government stopped funding the agency, despite an EU warning against such attempts to put pressure on public media outlets.

“At the same time, pressure is being exerted on the STA’s management in an attempt to destroy the agency,” CIVICUS said, also calling on the Slovenian government to stop attacking NGOs and to reverse the decisions it took to restrict their funding.

“The CIVICUS Monitor downgraded Slovenia’s civic space rating in December 2020 to NARROWED, which is already a warning sign. We therefore call on European institutions to pay attention to the rapid shrinking of civic space in Slovenia, which has been in a spiral of continuous deterioration under the government of Janez Janša,” said Aarti Narsee, European Civic Space Researcher for CIVICUS.

Based on constant analyses of multiple streams of data on civic space, CIVICUS assigns each country a rating as follows: open, narrowed, obstructed, repressed or closed.

Slovenia is currently rated NARROWED by the CIVICUS Monitor as one of the 40 countries in the world with this rating.

This rating is typically given to countries where democratic freedoms, such as the freedoms of expression, peaceful assembly and association, are increasingly being violated.