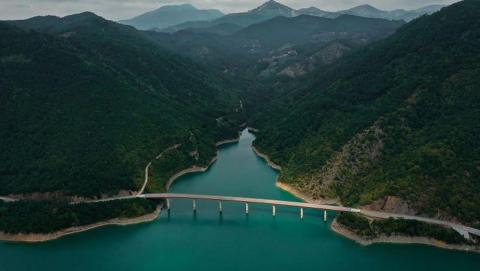 The US Department of Energy has finalized a feasibility report on the management of the disputed Ujman/ Gazivode lake in accordance with the 2020 Washington deal signed by former US President Donald Trump, separately, with Kosovo and Serbia, as part of the two countries' dialogue.

The strategically important reservoir was created in the 1970s in the mainly Serb-populated north of Kosovo. It is claimed by both Serbia and its former province, which declared independence in 2008.

The report provided four recommendations to improve the security of the water supply system. First, infrastructure should be updated in accordance with World Bank recommendations.

Second, the Supervisory control and data acquisition, SCADA, an internationally recognised centralized system of processing and controlling real-life data, should be introduced in collecting data from the Ujman/ Gazivode hydro-power plant. The report said this will help Kosovo's public electricity Transmission, System and Market Operator, KOSTT, to manage electricity prices as well as supply. In addition, SCADA will clarify the necessary investments in infrastructure.

Third, the report suggests implementation of commission and evaluation of the Iber river, which flows into the lake. The commission would be useful in the EU-led Kosovo-Serbia dialogue by bringing forward different management opportunities, including shareholding opportunities.

The report notes the example of the Grand Coulee dam in the...