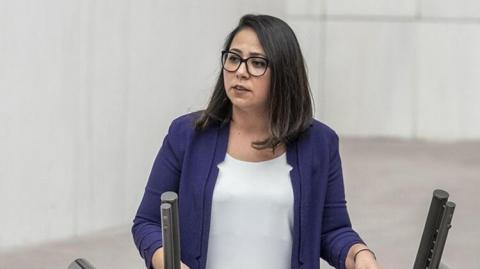 A member of the Turkish Parliament from the Republican People's Party (CHP) has resigned over ideological reasons to join the Turkish Workers' Party (TİP).

Saliha Sera Kadıgil Sütlü, Istanbul deputy of the CHP, announced at a press conference she held on June 25 at the Turkish Parliament that she would continue her political career at the TIP. "This is one of my most difficult statements. I am resigning from the party, where I was raised and brought to these days," Sütlü said.

She said her resignation was purely on ideological grounds as she wanted to defend her ideas louder in a political party whose political understanding was closer to hers. With her resignation, the CHP's number of seats at the parliament has dropped to 135, with the TIP having four seats.