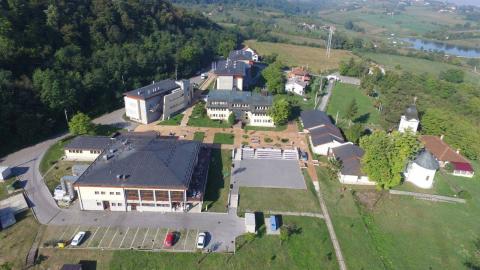 The Public Prosecutor's Office in Valjevo, western Serbia, has opened a pre-investigation into allegations of sexual violence in the Petnica Science Centre, the Serbian daily Danas reported on Friday.

Deputy prosecutor Vladimir Davidovic said the Prosecution Office started work after reading about the acusations in the media.

"The [police] inspectors were ordered to carry out pre-investigation actions and have already started working … When we collect the necessary data, we will decide which [criminal] act is in question and what to do next," Davidovic told Danas.

Five women, all former students at the Petnica Science Centre, near Valjevo, have claimed an employee subjected them to sexual harassment, the weekly magazine Vreme reported on Thursday.

According to Vreme, an unnamed male was in charge of reviewing their papers at the centre's Summer Science School. The five women, who did not reveal their identities, said the man then took pictures of them naked against their will.

Petnica director Nikola Bozic confirmed on Thursday that police came to the Centre and took statements from some employees.

"Today, the investigative bodies in Valjevo were in Petnica, the procedure of giving statements has begun, and I hope that we will soon get satisfaction for the victims and that all those who were actors in something like this will be punished," Bozic told Radio Television of Serbia, RTS.

The Petnica Science Centre is an independent not-profit organisation, established in 1982, and mostly intended to serve gifted high-school students, aged 15 to 19.

Former director of Petnica Vigor Majic said he first heard about participants being photographed in 2014 but was "convinced that it...

London sends its man to the Balkans; "We must not allow violence"