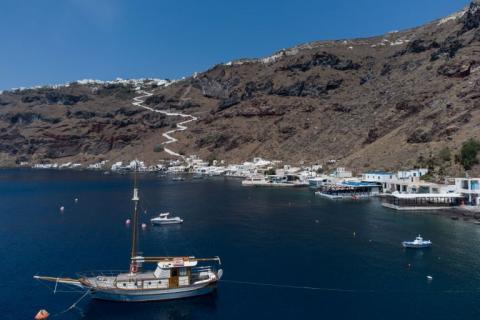 Greek hotel sector executives told ot.gr on Friday that the country has not veered from agreed-to provisions taken at the EU leaders' level for opening borders around the continent, within the framework of a European "vax certificate".

The reaction comes amid simmering anger on the part of the EU over the UK government's decision to keep most areas of the EU on an "amber list", meaning that UK nationals returning from travel to those areas must quarantine themselves upon reaching Britain.

The next date when the UK government will change the "Covid-19 map" colors is now considered as July 20.

The annoyance with the Johnson government spilled over to a EU summit meeting, as according to reports both French President Emmanuel Macron and German Chancellor Angela Merkel criticize Greece's decision to allow tourists vaccinated with the Russian and Chinese vaccines to holiday in the country, and despite the fact that the EMA has not certified the latter vaccines.

A surge in the number of the highly contagious Delta variant of COVID-19 also raised eyebrows, with Greek Prime Minister Kyriakos Mitsotakis from Brussels, again calling for stepped up vaccinations in the country as the solution for staving off another Covid-19 wave come August or the early autumn.

For instance, on Friday 15 instances of the so-called Delta variant were detected in the Irakleio, Crete area on Friday, all permanent residents and described as mostly young adults.

Danaos Corporation – The participation of Giannis Koustas increased to 39%