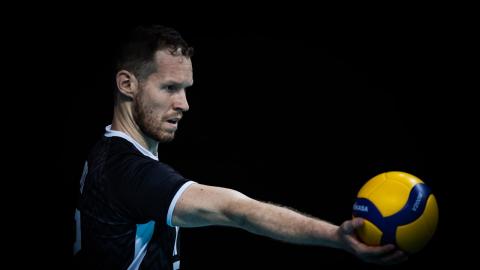 Rimini – Slovenia finished 4th in their debut appearance in the FIVB Volleyball Men’s Nations League after conceding to France in the match for the third spot 0:3 (-20, -18, -19) on Sunday.

The national side, led by Italian coach Alberto Giuliani, made history by advancing to the semi-finals of the league, having won 12 out of 15 matches in the preliminary round, ranking third among semifinalists.

However, the team suffered a crushing 3:0 defeat at the hands of world champions Poland on Saturday after which they also lost to France on Sunday, even though Slovenia beat both teams in the preliminary round.

With their excellent performance in the preliminary round, Slovenia climbed to sixth spot in the FIVB world rankings.