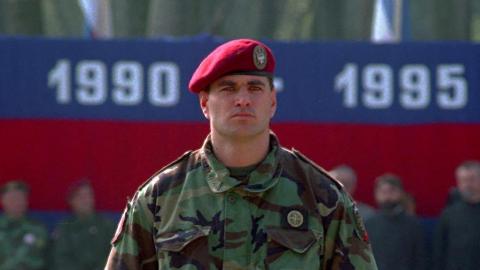 Simatovic came to tell the Serbs who had been trained at the camp that they would soon be deployed to fight in Bosnia, even though Serbia was not officially involved in the Bosnian war.

"We were told where we were going, what our duties were, and that was it," said one of the Serb fighters who was at the camp, almost two decades later, when he testified at Simatovic's trial at the International Criminal Tribunal for the Former Yugoslavia, ICTY in The Hague.

"We were told that we should leave all our identification papers behind," added the fighter, who appeared as a protected witness under the codename JF-047.

On Wednesday, the UN's International Residual Mechanism for Criminal Tribunals in The Hague, which is wrapping up the ICTY's last cases, will deliver the verdict in the retrial of Simatovic and his former boss, Jovica Stanisic, the wartime head of Serbian State Security.

Stanisic and Simatovic stand accused of organising, financing, training and deploying armed units in the Croatian and Bosnian wars to achieve the goals of a joint criminal enterprise that involved Slobodan Milosevic and the political, military and security leadership of Serbia and the leaders of...