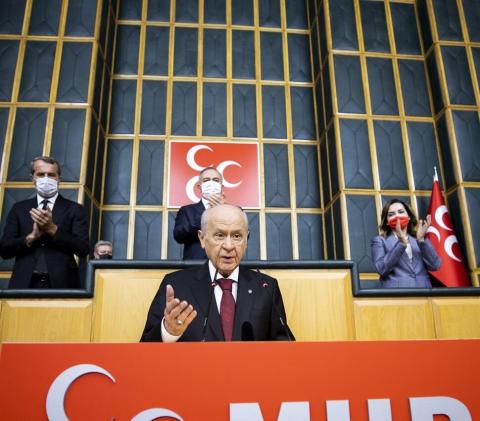 Nationalist Movement Party (MHP) leader Devlet Bahçeli proposed a new system in which Turkish students can continue their higher education without the pressure of exams and suggested the abolition of university entrance exams.

"The current examination system should be reconsidered. It should be ensured that the education area suitable for each child's interests should be provided based on the student's earlier education. The university exam should be abolished altogether," Bahçeli said in his weekly parliamentary group meeting on June 29.

"My wish is that the expectations of each of our young people come true. We don't think it's fair and equitable to condemn our children's lives to a two-day exam," he stated.

It's time to overhaul the entire university entrance system, Bahçeli said, recalling that Turkey has a strong ability and richness to introduce an exam-free model for its youngsters who wish to get higher education.

"Certainly, we cannot evaluate the character and ability of Turkish youth with multiple-choice test questions," he stated.

"Based on this thought, my call to our political interlocutors is: Let's abolish these university exams. Let's not tire our young people more, let's not overwhelm them. Let's not allow them to experience social, economic, and psychological problems," Bahçeli added.

In other remarks, the MHP leader vowed a new civilian and democratic constitution to reinforce the existing presidential system and slammed the opposition parties for promising to return to the parliamentary system if they come to power.