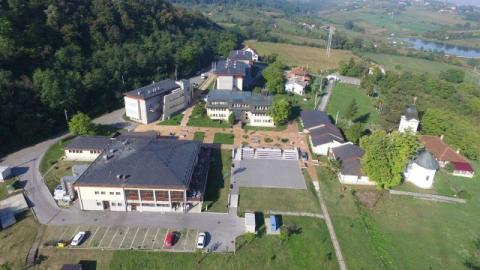 Nikola Bozic, the director of the Petnica Research Station has resigned, the head of the scientific education facility's managing board, Tanja Adnadjevic, told Serbian public broadcaster RTS on Wednesday.

His resignation came after five women, all former students at the Petnica Research Station, have claimed that an employee - who was not Bozic - subjected them to sexual harassment, weekly news magazine Vreme reported.

According to Vreme, the unnamed male was in charge of reviewing their papers at the centre's Summer Science School. The five women, who did not reveal their identities, said the man took pictures of them naked against their will.

After the report was published, many other students approached Vreme journalist Jovana Gligorijevic with similar claims of sexual harassment.

The managing board supported Bozic's resignation "for the sake of preserving the integrity of Petnica, but also his personal integrity", Adnadjevic said.

"The board of directors, headed by me, has taken over the management of Petnica," she added.

The Petnica Research Station is an independent not-profit organisation, established in 1982, and mostly intended to serve gifted high-school students aged 15 to 19.

The Public Prosecutor's Office in Valjevo said it has opened a preliminary investigation into allegations of sexual harassment at the Petnica Research Station.

The former director of the Petnica Research Station, Vigor Majic, said he first heard about students being photographed in 2014 but was "convinced that it was an isolated incident that had no sexual connotation".

In 2017, one of female students informed the Petnica management, including Majic and current director Nikola Bozic, about...