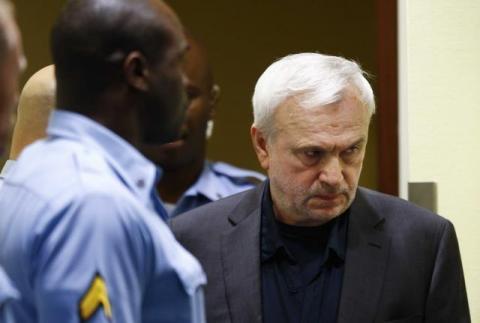 The media reported that Stanisic and Simatovic were sentenced to 12 years in prison each.
The prosecution proved that the crimes in the indictment were confirmed. The killings and forcible transfers were carried out with discriminatory intent.
The prosecution alleges that the accused participated in the organization of the crimes that took place.
"This case has a long history, the procedure began 18 years ago when the accused were indicted, and they were transferred to the Hague tribunal," the judge said. In its closing arguments, the Hague Prosecution requested that the court sentence them to life in prison, and the defense requested their release again.
Stanisic, a former Deputy Chief and Chief of the State Security Service (DB) of the Serbian Interior Ministry, and Simatovic, previously employed in the Second Directorate of the DB of Serbia, are accused of leading, organizing, equipping, training, arming and financing special units of secret service and other Serb forces involved in the killings, persecution, deportation and forcible transfer of non-Serb civilians from large areas of Croatia and Bosnia and Herzegovina in the period between 1991 and 1995.
The indictment filed on July 10, 2008 before the Hague Tribunal remained valid at the retrial before the International Residual Mechanism.
The indictment alleges that Stanisic and Simatovic were co-perpetrators in a joint criminal enterprise (JCE) that arose in April 1991 at the latest and lasted at least until December 31, 1995.
It is stated that the aim of this JCE was to forcibly and permanently remove the majority of the non-Serb population from large areas in Croatia and Bosnia and Herzegovina. They are charged with four counts of crimes against humanity:...