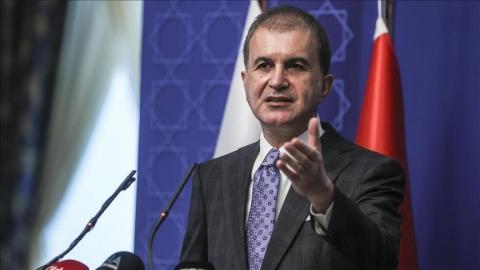 Turkey has a limit to the burden it will carry on migration, according to a statement by the spokesman for Turkey's AKP.

Ömer Çelik criticized the European Union at a news conference late on June 29 for "reducing the issue of migration to merely financial aid," which he viewed as "a lack of vision, unsustainable in the long run, a grave mistake."

He said the aid will be provided to Syrian refugees, not Turkey, and the EU desires to protect Europe from migration and its negative effects through the funds.

"Turkey bears this burden, but there is a limit to Turkey's bearing this burden. Therefore, the determination of close cooperation should not be reduced to financial issues only, but should be viewed from a broader perspective," he said.

Çelik reiterated that Greece violated the 1988 Athens Memorandum of Understanding by declaring drilling zones on the Aegean Sea during the summer tourism season, a period not allowed by the deal.

He said the attitude Greece adopted is against the deal as well as discussions between Turkish President Recep Tayyip Erdogan and Greek Prime Minister Kyriakos Mitsotakis.

"As a result of Greece's tendency to maintain the policy of tension, Turkey issued a Navtex," said Çelik. "Turkey has no choice but to issue a Navtex."

"The whole world must see that tensions originate in Greece," he added.

Çelik said decisions about Cyprus at last week's EU summit did not present a fair attitude.

"The EU failed to see the realities on the island once more, as seen in the summit decisions. We emphasize once again that the EU needs to see the truth on the island, and that...