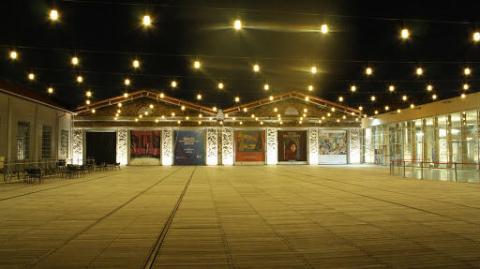 The Embassy of Mexico in Turkey inaugurated an exhibition, titled "Codices of Mexico. The Ancient Books of the New World" on June 29 at CerModern.

The exhibition, whose title is a tribute to the historian Miguel León-Portilla, consists of a selection of 21 facsimiles of the most outstanding codices preserved by different international museums and national libraries throughout the world and in Mexico, and made on different materials: Amate paper, deerskin and European paper.

The codices are a set of pictographic documents made by Mesoamerican indigenous groups before the arrival of the Spanish or in the first years of the Viceroyalty that constitute a testimony of the way in which the ancient inhabitants of Mexico lived and thought, in addition to being one of their few historical records that survived the passage of time.

The exhibited codices belong to the Borgia, Boturini and Magliabecchiano, Maya, Mexica and Mixteco groups.

During the inauguration, the exhibition curator Alesha Mercado said, "Thanks to the few pre-Hispanic codices that have been preserved to this day, we can understand something about the complex structure that Mesoamerican peoples had and their way of seeing and understanding the world."

Likewise, Mexican Ambassador to Turkey José Luis Martínez y Hernández said that the codices are testimony to the advanced cultural development of the civilizations that inhabited that region.

For Mexico, the codices and their content are essential to get closer to our pre-Columbian past, being one of the few historical records of the way in which Mesoamerican indigenous groups lived and thought before the arrival of the Spanish and in the first years of the Viceroyalty.

Organized within the framework of the...