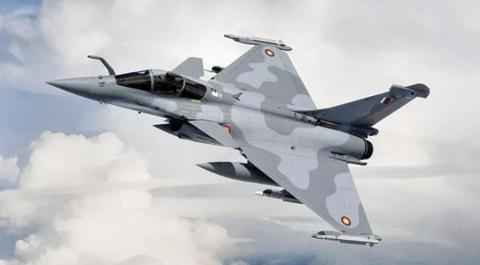 The Technical Regulation on the Deployment of Qatar Military Aircraft Personnel in Turkey signed between Ankara and Doha has been submitted to the parliament. Accordingly, Qatari fighter pilots will receive their training in Turkey, and Qatar will be able to keep 250 military personnel and 36 warplanes in the country for training purposes, daily Hürriyet reported on July 1.

The agreement was signed during a visit of Chief of General Staff Yaşar Güler in Doha on March 2. The regulation will be discussed in the Foreign Affairs Commission of the parliament in the coming days.

The technical arrangement is based on a military cooperation agreement with Qatar signed on May 23, 2007. The rationale of the regulation said, "It is aimed to develop bilateral military relations in accordance with national legislation and international rules on the basis of sovereignty, equality and mutual respect."

"With the technical arrangement prepared in accordance with the principle of developing activities based on friendship and cooperation between the two countries, it is aimed that Qatari military pilots can use Turkish airspace and airports temporarily in order to contribute to their training and experience," the regulation said.

The conditions under which Qatari soldiers would receive their training were included in the regulation. Accordingly, the number of personnel and aircraft will be determined by Turkey by coordinating in advance. An observer Turkish pilot will be in the cockpit to record compliance with the rules in the sorties of Qatari transport planes. The observer pilot will be authorized to change the previously allocated airspace or the route of the aircraft.

During the training flight of Qatari warplanes, a Turkish aircraft will be...