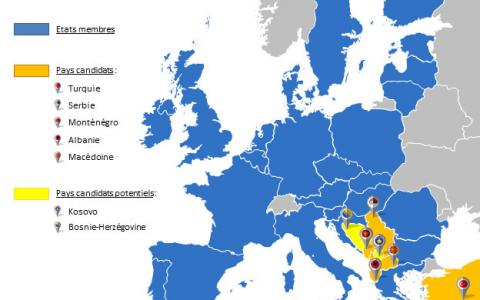 Ohrid – President Borut Pahor made a case for the EU’s rapid enlargement to Western Balkans as he addressed the Prespa Forum Dialogue on Friday, arguing that this was in the interest of the EU and would strengthen the bloc as well as the region.

The president said continued enlargement was instrumental to the stability and prosperity of Western Balkans.

He described enlargement as a “first-rate geopolitical issue” and said the region needed to be treated as a whole, according to a press release from his office.

Pahor believes it would be best if the EU adjusted its enlargement strategy, noting that the bloc has sufficient absorption capacity even if enlargement happens quickly.

Noting that time was increasingly important, he said faster enlargement to Western Balkans would refute dangerous ideas about the changing of borders.

Fast integration of Western Balkans would also significantly strengthen the territorial integrity of these countries and security of the region as a whole.

“Without Western Balkans, the EU remains an incomplete peace project,” he said.

Pahor also said that during its EU presidency Slovenia would strive to resolve Bulgaria’s blockade of North Macedonia’s accession.

He said the delay in accession talks was unreasonable and politically misguided, and eroded the EU’s authority.

Pahor will attend a summit of the Three Seas Initiative next week and plans to hold bilateral talks with Bulgarian President Rumen Radev. Today, he is meeting Macedonian President Stevo Pendarovski.