The return of Pasok: A ‘Midsummer Night’s Dream’? 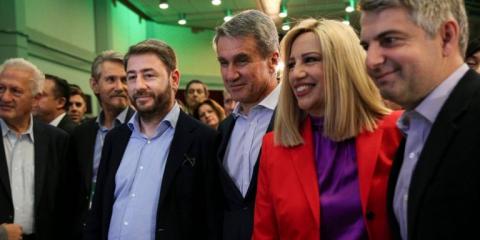 Midsummer Night's Dream, William Shakespeare's romantic comedy, is one of the most frequently staged plays in the entire world.

Ever since 2012, the "return of Pasok" to the central political stage is reminiscent of the play, as there were no results on the path to return.

In 2015 we saw the creation of Pasok splinter parties such as KIDISO, top level unions such as Dimokratiki Symparataxi (democratic block). In 2017, Pasok, DIMAR, Potami, KIDISO and others founded Pasok-KINAL.

Formations and movements, personalities and Pasok-rooted organisations to this day have exhausted their limits with a single-digit electoral result. If that continues the revamping of the party will be a Midsummer Night's Dream.

We are de facto at a new starting point. The road to a leadership change in Pasok-KINAL is without return.

Candidates for the leadership are hammering out their strategies, both in public and behind the scenes. KINAL leader Fofi Gennimata has the first word and the key to developments.

She has made the search for a new narrative a top priority. Andreas [Loverdos] is staging his own leap toward the skies of tomorrow for a new and strong Pasok.

Pavlos Geroulanos is in waiting with his own distinct rhetoric.

Nikos [Androulakis] seems to be playing catenaccio. He is constantly present everywhere, awaiting to make his move in autumn.

Cadres, members, and friends of the world of Pasok are seeking the best possible choice to make the party strong again.

Party organisations are in an incredible inertia. The visits of the party leader set the tone from time to time. Events via internet and the organisational activity of candidates keep the "nervous system" of the party alive.