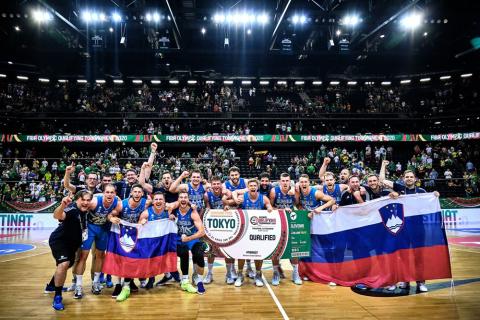 Kaunas – The Slovenian national basketball team will compete in the Tokyo Olympics after NBA star Luka Dončič led the team to a 96:85 win against Lithuania in the final of a qualifying tournament on Sunday.

Slovenia heads to Tokyo with a 4:0 record in the qualifying tournament, having defeated Angola, Poland, Venezuela and now Lithuania, a European basketball titan.

Indeed, this will be the first time after 1992 that Lithuania does not compete in the Olympic games.

In Tokyo Slovenia will play in group C alongside Spain, Argentina and Japan. The first game, against Argentina, is scheduled for 29 July.

Luka Doncic and Slovenia have qualified to compete in the Olympics for the first time in the nation's history 👏 pic.twitter.com/5ZxJZ6xD7t