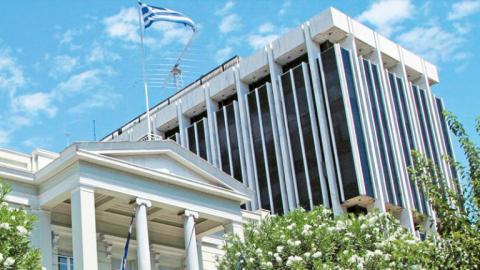 Who would have imagined that certain people here in Athens would reach the point of being glad that Bulgaria is "playing tough" and is blocking the start of North Macedonia's accession talks, so as to wreak vengeance for the treacherous Prespa Agreement that "gave it all away" to our northern neighbours.

They do so with unprecedented ignorance of the difficulties of the past and of the sometimes difficult present in Greece-Bulgaria relations.

Was it not Sofia that was the first capital to recognise our neighbour as "Republic of Macedonia" in January, 1992?

Are there perfect agreements in international politics? The answer is no. In that sense, the Prespa Agreement could not possibly have been perfect.

Its objective was to remove the thorn with Skopje as Athens pursues its regional Balkan policy and to favour its convergence with that of the US in the region, backing the admission of this landlocked country to NATO and helping North Macedonia draw closer to the EU.

One must be blind not to see that both the previous and the current government is aligned with US policy in the Balkans, with an eye toward the other side of the Aegean.

Is it really possible for certain people in Greece to feel a threat from North Macedonia?

Does this threat take on the form of a shirt of the national football team, of the football federation, or of a tweet?

Are we still as a nation so insecure that we continue the "battle of the badges" [regarding the longstanding interim name FYROM] that we waged for years in international organisations?

It is in Greece's interest to view the Prespa Agreement positively.

It is obliged to point out omissions and delays in implementation and...