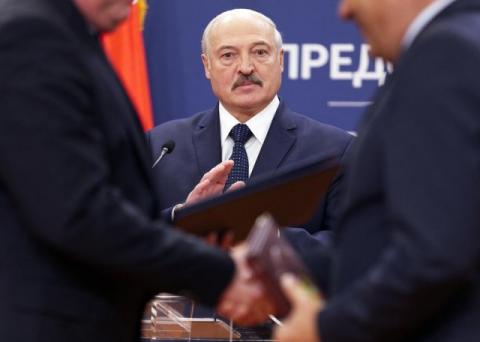 This was announced today by the European Council.
On June 21, the EU Council imposed sanctions against 78 Belarusian citizens and seven entities for serious violations of human rights and repression of civil society, the opposition and journalists, and for the forced landing of a passenger plane.
Among the individuals sanctioned under the fourth package are a large number of judges and prosecutors "responsible for numerous politically motivated verdicts against journalists, activists and protesters," as explained in the Council's decision.
The sanctions also targeted several pro-regime media journalists, rectors of several universities for expelling students who took part in the protests, and numerous businessmen for having close ties to Alexander Lukashenko's regime. Lukashenko's son Dmitry and the wife of his eldest son Lilia are also on the list for sanctions for "the benefits and support of the Lukashenko regime."
However, Serbia supported the Council's second decision, also from June 21st, to add another entity to the list of persons and entities subject to sanctions.
It is a state-owned air traffic control company. The decision of the Council states that the company is responsible for redirecting the Ryanair plane to the airport in Minsk on May 23 for the purpose of arresting the opposition journalist Roman Protashevic, and is therefore responsible for the repression of civil society and the democratic opposition.
"The candidate countries North Macedonia, Montenegro, Serbia and Albania and the European Free Trade Association (EFTA), Iceland, Liechtenstein and Norway, members of the European Economic Area, join this Council Decision. They will ensure that their national policies are in line with this Council Decision, the...