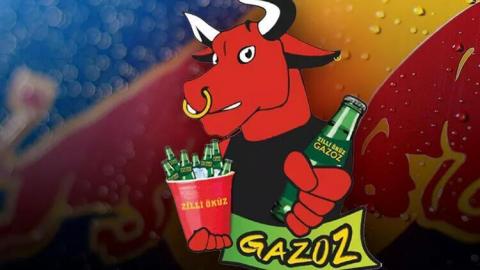 In the last hearing of the case held in an Ankara court, Red Bull's case was dismissed on the grounds that there was no similarity between the two trademarks.

There is no legal obstacle to the presence of a red bull figure in the logo of the local soda brand, thanks to the ruling.

The industry's giant came to a loggerheads with a Turkish local soda company in the same lawsuit after the local company's producer, Salman Akşun, applied to the Turkish Patent and Trademark Office (TürkPatent) for the registration of his brand, Zilli Öküz Gazoz (Jingle Ox Soda).

Upon publication, Red Bull's lawyers became aware of the situation and demanded from the TürkPatent to deny the registration request by the local brand.

TürkPatent responded negatively to the demands of Red Bull's lawyers on the ground that there was no similarity between the two brands in terms of their names and logos and registered the local soda brand after a while.

Following the negative response, Red Bull's lawyers filed a lawsuit in an Ankara court to nullify the local brand.

But an expert report presented to the court has rejected the similarity claim between the two brands, noting that the bulls and the ox on the logos are different in shape.

Red Bull has the right to appeal the decision.