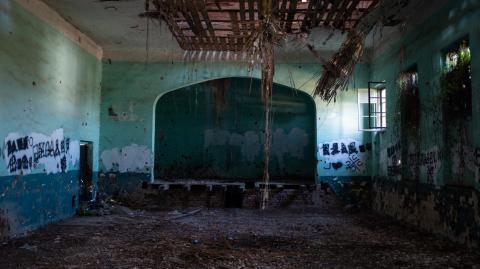 Nikolic had a conversation with representatives of the Serb-run Bratunac municipality and the local police, and it was agreed to contact state-owned companies and ask them to provide the heavy machinery required.

During his testimony at the trial of Vidoje Blagojevic, the commander of the Bratunac Brigade, at the International Criminal Tribunal for the Former Yugoslavia, Nikolic said that heavy machinery and trucks were used that belonged to the Bratunac brick factory, which was state-owned, and the Bratunac Public Utility Company, which was in municipal ownership.

"After that, bodies were excavated from a grave in the village of Glogova and relocated to a new grave in the municipality of Srebrenica… I coordinated the entire operation," he said.

"Construction trenchers were used for digging, while trucks belonging to various companies were used for transporting the bodies to secondary grave sites," researcher Meldijana Arnaut-Haseljic explained in an academic paper entitled 'Forcible Disappearances of Bosniaks in Srebrenica, the United Nations Safe Zone'.

But although military officers have been brought to justice for the Srebrenica massacres and subsequent cover-up, no attempt has ever been made to bring cases to domestic or...