State of "Emergency Disaster" declared; "From COVID to an epidemic of gun violence" 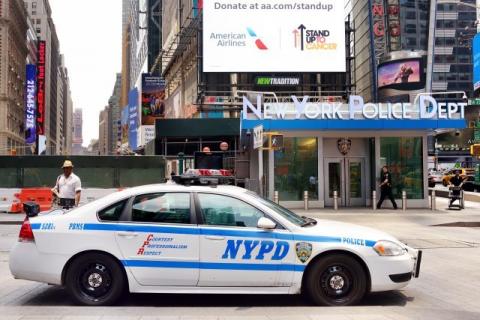 The new strategy will treat firearms violence as a public health crisis.
"We have gone from COVID to an epidemic of gun violence. More people are dying from gun violence than from COVID," Cuomo told a news conference.
Short-term solutions will be applied, in order to solve the current crisis without delay and reduce the number of firearms attacks, along with long-term solutions that will be based on work with local communities and prevention, ABC reports.
Cuomo also announced the establishment of the Office for the Prevention of Armed Violence, as well as greater transparency in access to police information so that local communities can more easily determine which urban areas and zones are the focus of gun violence.
The adoption of the order declaring a state of "emergency disaster" will enable the state to finance local communities and provide additional resources in order to immediately start the fight against gun violence.
A comprehensive strategy to combat gun violence also includes programs for at-risk youth and other activities that would help remove the younger population in urban areas from the streets and engage in violence prevention.
In addition, Cuomo pointed out that the special unit of the New York state police will be in charge of preventing the illegal import and trade of firearms from states where more lenient laws apply.
"We have to seize this moment and make New York better than it has ever been before", Governor Andrew Cuomo announced.
More than 180 people were killed in the three days during which the United States celebrated Independence Day, according to data published by the Gun Violence Archives.