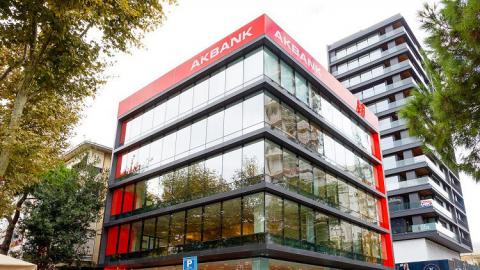 Turkish private lender Akbank on July 7 apologized for a major failure in its digital systems that left thousands of customers unable to make any transactions over the internet or at the bank's branches.

The failure did not occur because of a cyberattack and all private data and records of customers are safe, the bank said in a statement to the Public Disclosure Platform (KAP) on July 7.

"A service interruption due to a technical problem in the Akbank mainframe that began on July 6 continues. All our customer channels have been affected. Our IT team has been working with our technology business partners since the identification of the issue," it said.

In a separate statement on the lender's website, the bank management announced that credit card and loan payment deadlines would be deferred for one day and that customers would not be charged for payment delays.

"Additional measures could be taken in parallel with developments. We apologize for the disruptions in our services and thank you for your understanding," Akbank said.

However, the major disruption caused a public outcry on social media. Akbank hashtag made it to the top of the trends list on Twitter as thousands of people complained about falling behind in payments to other banks or not being able to buy goods with their credit cards because they could not access their Akbank accounts.

Akbank is the fourth largest private lender in Turkey, with total assets of $60.1 billion as of Dec. 31, 2020, according to the Banks Association of Turkey (TBB).