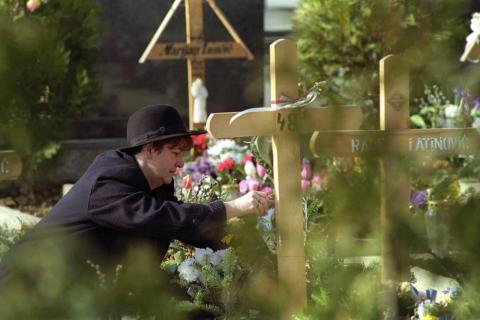 Zagreb-based NGO Documenta - Centre for Dealing with the Past and the Serbian National Council, which represents the Serb minority in Croatia, launched a media campaign on Thursday entitled 'Justice for Victims', supporting the government's plan to pass legislation that will grant benefits to civilian victims of the 1991-95 war.

"With this campaign, we want to improve the rights of civilian victims," Serbian National Council president Milorad Pupovac, who is also an MP, told a press conference.

Pupovac added that for him, all civilian victims of the war, both the Croats who suffered in the besieged town of Vukovar in 1991 and the Serbs targeted after the Croatian Army's Operation Storm in 1995 are his "brothers and sisters".

The proposed legislation, which should be voted on soon in the Croatian parliament, will provide financial compensation for people who became disabled as a result of the war or people who lost family members, as well as funding specific items like prosthetics.

Under the law, relatives of civilians who went missing in wartime but who have not yet been officially declared dead will be able to claim benefits even before a death certificate is issued for the missing person.

Croatian right-wing MPs have criticised the law, saying that "aggressors" and former Serbian troops could get financial benefits.

However, the law strictly states that members, helpers or associates of enemy military and paramilitary units who took part in the armed aggression against Croatia, well as members of their families, cannot receive benefits.

Some human rights NGOs have also pointed out that Serb civilians could have difficulties proving that they did not aid or collaborate with the 'enemy'.

The head of Documenta...