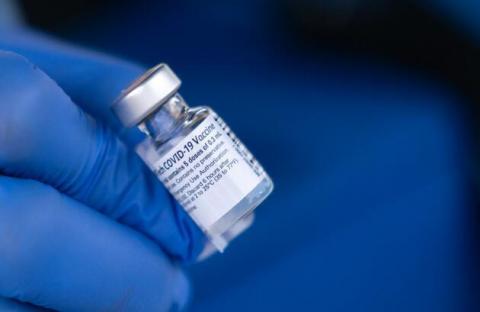 The World Health Organization said on July 9 that there was a "likely causal association" between coronavirus vaccines using mRNA technology and "very rare" heart inflammations, but the benefits still outweigh the risks.

"The reported cases have typically occurred within days of vaccination, more commonly among younger males and more often following the second dose the of Covid-19 mRNA vaccines," the committee said in a statement.

After reviewing available data, the GACVS judged that "current evidence suggests a likely causal association between myocarditis and the mRNA vaccines".

Nevertheless, "the benefits of mRNA Covid-19 vaccines outweigh the risks in reducing hospitalizations and deaths due to Covid-19 infections", it added, noting that the inflammations are "very rare".

Most cases of myocarditis and pericarditis following vaccinations were "mild" and required only "conservative" treatment, the committee said, although it is observing the possible long-term effects.

U.S. medical authorities warned last month there was a likely link between mRNA vaccines - such as Pfizer and Moderna - and myocarditis cases among younger recipients, while also saying the benefits continued to outweigh the risks.

The WHO said the European Medical Agency's pharmacovigilance committee, which tracks medicines' side effects, had also seen a "plausible causal relationship" in a review of the data this week.

Myocarditis is a rare disease which experts believe is...