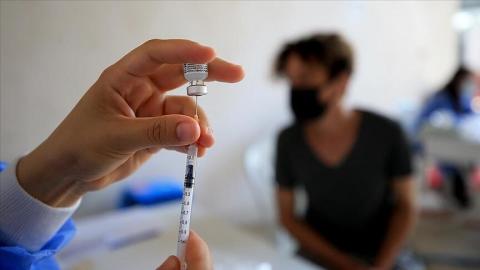 It is difficult to maintain the decline in COVID-19 in Turkish provinces where the vaccinations against the virus remain below the country average, the country's health minister has warned.

Data from the Health Ministry show that nearly 61 percent of the population aged above 18 have received their first doses of the coronavirus jab but some provinces, most of them in the country's eastern and southeastern regions, are lacking behind with vaccination rates below 55 percent.

For instance, in the eastern province of Bitlis only 31 percent of the population aged above 18 have been given the first shot whereas the corresponding rates are 32 percent for Siirt and a little over 32 percent in Şanlıurfa.

"It is increasingly becoming difficult to keep the pace of the decline in virus cases under control in the red category [indicating low vaccination rates] provinces. Get your shot as soon as possible to join the fight [against the pandemic]," Koca wrote on Twitter on July 11.

Professor Mustafa Necmi İlhan from the Health Ministry's Science Board linked the low vaccination rate in those provinces to the demographics. "Young population is high in those regions and this could be the reason that they lack behind in the inoculation drive. Young people tend to be more complacent and are not willing to take the shot," İlhan said.

As far as the country's three largest cities are...