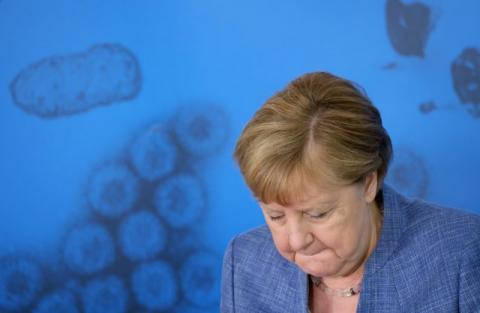 She told her successors that the process should not be interrupted and that, despite the need for a lot of engagement and patience, they should use the opportunity to accept the countries of the Western Balkans - Serbia, Montenegro, Albania, Bosnia and Herzegovina and North Macedonia.
"In the last sixteen years, as Chancellor, the greatest progress in the Western Balkans has been made since the launch of the Berlin Process in 2014." This is about light and shadow changing", Merkel said on that occasion.
Participants emphasized that EU enlargement for the countries of the Western Balkans constitutes a strategic investment in peace, democracy, prosperity, security and stability in Europe, reconfirming the longstanding view that the future of the entire region lies within the EU.
Earlier this year, it was Merkel who launched a diplomatic initiative demanding that the Western Balkans region be re-ranked high on the European Union's list of priorities.
Given that the enlargement of the EU to the countries of the Western Balkans is not on the list of foreign policy priorities of Merkel's potential successors, it will continue in a reduced form after her departure. After the eighth conference on the Western Balkans as part of the Berlin process, the chancellor reiterated that "there is no lack of resistance in the EU either", and noted that not only France but also other EU countries, such as the Netherlands and Bulgaria, are against the enlargement process.
"It is in the primary interest of the European Union to strengthen the processes of cooperation in the region, in order to overcome divisions. We still have a lot of patience and engagement in the Western Balkans," Angela Merkel concluded.

"It's her farewell message"