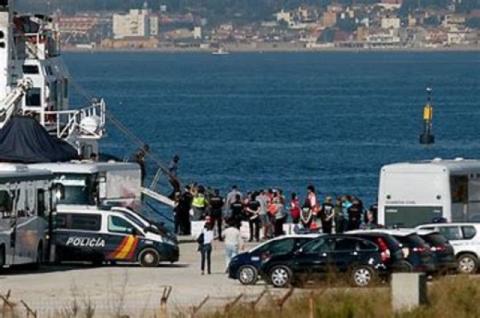 US President Joe Biden's decision to pull out from Afghanistan combined with the increasing advancement of Taliban insurgents has caused severe headaches in Brussels, as Europe fears a new migration wave from the east, an EU diplomat told EURACTIV.

"The post-US Afghanistan poses severe challenges with regards to migration as we expect an increasing number of people attempting to flee from Taliban", the diplomat said.

The situation is expected to deteriorate after Pakistan's decision to shut a major border crossing with Afghanistan, citing the pandemic. The diplomat said these people will seek a way out toward the West and once again Turkey will have to play a key role.

The diplomat explained though that Ankara has so far kept on its soil Syrians and pushed toward the EU border other nationalities such as Afghans, citing as an example the situation at the Greek-Turkish border last February as well as at the Belarus-Lithuania border with Afghans arriving from Iraq and Turkey's Istanbul.

The diplomat added the EU has been closing following Pakistan's moves in the region in light of Islamabad's alleged support for the Taliban and its close ties with Turkey.

"The EU-India rapprochement is not a coincidence," the diplomat said.

In an interview with EURACTIV, Lithuania's foreign minister, Gabrielius Landsbergis, said that seen several Afghans already crossing illegally the border with Lithuania that means that the route is already being used.

"To our knowledge, the route has been facilitated not only by Belarus, but possibly also by Russia," he said.

"This is also an increasingly growing worry, because we know that since Western troops are leaving Afghanistan, there's a...