"Russia has violated the agreement" 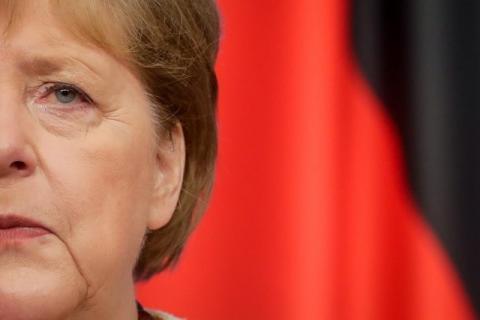 Angela Merkel said that today after the meeting with the Ukrainian president.
"We will do everything to help friendly Ukraine on the path it has taken when it comes to relations with the European Union," said Chancellor Angela Merkel.
Looking at the parliamentary elections in Germany in September, she emphasized that she is convinced that every future German government will keep this policy.
German Chancellor criticized Russia for violating the agreements with Ukraine again and for the fact that Ukrainian soldiers were killed again on the demarcation line with Ukraine, by the pro-Russian activists of the occupied area.

The President of Ukraine, Volodymyr Zelensky, stated today in Berlin, after a meeting with German Chancellor Angela Merkel, that the issue of building the Nord Stream 2 gas pipeline should be the subject of negotiations between the Normandy Four, because that gas pipeline poses a threat to Ukraine's security.
"I told Mrs Merkel that Germany's guarantees alone are not enough, since Russia is the subject of all these issues. Speaking of energy security, we need guarantees from the EU, Germany and France. The issue of Nord Stream 2 needs to be included in the Normandy process", he said.
Zelensky emphasized that Ukraine is in danger of being excluded from gas transit, and then the entire territory of Ukraine, "including the temporarily occupied country", risks being left without gas, Sputnik reported.
"That should be the subject of guarantees for all participants in the Normandy process," he said.
Merkel said that Germany will continue to support the transit of gas through Ukraine in the future, as well as that all subsequent offices after it will do the same.
...