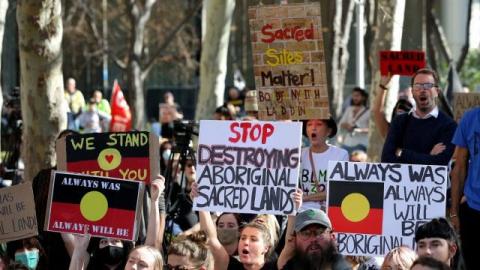 Two Serbian NGOs, the Coalition against Environmental Corruption and the Podrinje Anti-Corruption Team, PAKT, on Tuesday said they had filed charges against Rio Sava Exploration and China Communications and Construction, CCCC, and their subcontractors, for environmental pollution.

Rio Sava Exploration is a Serbian subsidiary of the Rio Tinto Group, registered to perform geological and mining works. In Serbia, it is developing the Jadar project near Loznica, within which it intends to open an underground mine for the exploitation of jadarite, from which lithium is planned to be extracted, a mineral used for the production of batteries.

Lithium is crucial for the transition to renewables, but mining it is environmentally costly, experts warn.

Criminal charges against Rio Sava Exploration were filed because, since 2015, allegedly violating environmental regulations, it has polluted water and land in the wider area of ​​the Jadar Valley in western Serbia.

The company installed about 125 observation facilities for monitoring the groundwater level, most of which leaked in the meantime, so that groundwater with dangerous substances spilt onto plots of the locals, causing them significant material damage, the NGOs claim.

In the meantime, the company concluded agreements on compensation for damages with several of the injured parties, "and in that way acknowledged the damage caused to the environment", the NGOs' official statement regarding the charges said.

They also filed charges against CCCC and Serbian officials in the public water enterprise Srbijavode and the town administration of Cacak, in Western Serbia.

They have charged them with environmental pollution and damage to dams, embankments and water facilities, because...