Turkey’s 13th president will be from Nation Alliance, says Akşener 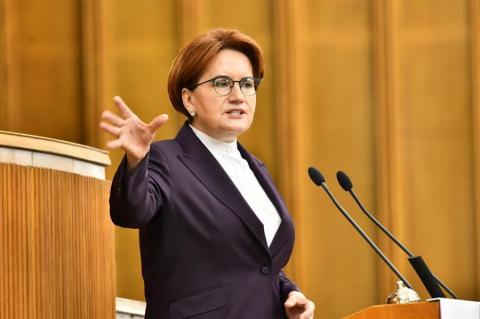 "Relax, don't stress, don't agonize yourself too much. Our presidential candidate will be the 13th president of the Republic of Turkey," she said, speaking at the İYİ Party parliamentary group meeting.

The Republican People's Party (CHP), the İYİ Party, the Felicity Party and the Democrat Party are the components of the Nation Alliance.

Akşener also marked the fifth anniversary of the 2016 defeated coup. "This great nation has once again declared to the world how it embarked on the path of democracy with its epic stance on July 15, [2016]," she said.

She criticized the government for not revealing and punishing the "political leg" of the FETÖ group. "At first, we hoped that the government would learn from the disaster of July 15, but unfortunately, this hope was in vain," she said.