The warmest day; Meteorologist: We didn't expect this, but weather change is coming 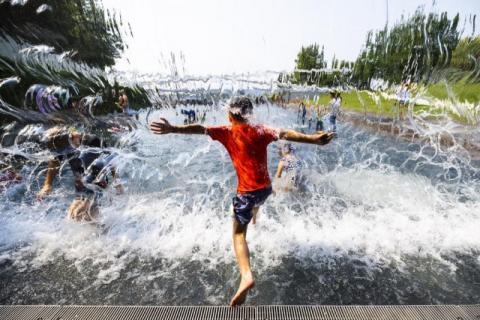 However, he points out that we are still far from reaching the record high temperatures.
Speaking on RTS, he said that these are not tropical, but subtropical temperatures.
"It is less warm in the tropics than in the subtropics, at least in the summer part in our country. So we are under the influence of that subtropical part of the warm air from North Africa and the Mediterranean," says Todorovi.
He points out that today the heat wave is at its peak. "Similar to June 24, when we had the first rush of heat. Today, those maximum daily values would be similar to those from 20 days ago in the north of Serbia", Todorovi explains. He emphasizes that the process will continue on Thursday, as well as that there will be refreshments and frequent showers in the whole of Serbia by Friday.
"From Friday to July 20, the weather is much more pleasant, with maximum temperatures around 30 degrees, some days even a few degrees below, but there will be a lot of showers," Todorovi adds.
He points out that these showers are very important because the drought has been going on for a month and a half.
"It's not so much the trouble of high temperatures but generally due to the dry period that affects the occurrence of fires and other accidents. The most important thing for agriculture, because the country is thirsty, it is important that a lot of rain falls, although it will be local, somewhere more, somewhere less", Todorovi emphasized.
When asked if there will be weather disasters, Todorovi says that in this period it is possible that there will be thunder clouds, which cover small areas, but are fierce and short-lived.
"So, in addition to the showers, there can also be hail, stormy wind, and where it happens, it will do damage," adds...