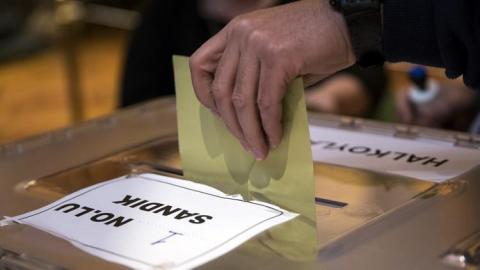 The parties of the People's Alliance, the ruling Justice and Development Party (AKP) and the Nationalist Movement Party (MHP), have agreed to lower the national election threshold from current 10 percent to 5 percent with plans to legislate it before the end of 2021.

The AKP has been working for a long time to introduce new amendments to the Election Law and the Political Parties Law for the next presidential and parliamentary elections scheduled for June 2023. These amendments should be enacted one year before the elections, otherwise they cannot be implemented.

Although the drafts are not finalized, the two parties have agreed on two main points. One of them is to lower the election threshold to five percent although preliminary works were suggesting seven percent threshold.

Secondly, they agreed to make changes in the criteria for participation in the elections. Currently, any political party with at least 20 lawmakers in parliament can run in the elections although it fails to fulfill other criteria. This provision will be removed from the Election Law, according to the AKP-MHP agreement.

However, the members of the alliance are still differing on how to re-structure the constituencies. The MHP is in favor of preserving the current model while the AKP is planning to introduce a narrowed constituency system in a bid to increase the number of constituencies.

The ruling party is trying to convince its partner on the ground that a narrowed constituency model is a pre-requisite of the executive-presidential system. It also proposes a system on which some MHP nominees can run for parliament with the AKP ticket in certain constituencies.

Another issue the two parties are discussing whether a threshold...