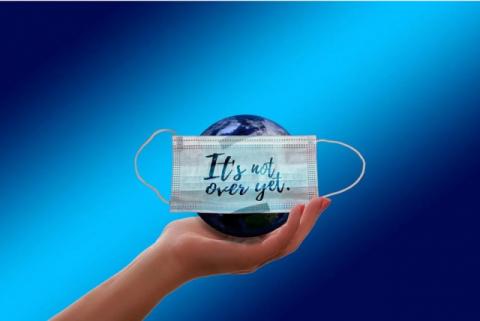 The number of confirmed coronavirus infections worldwide over the past seven days has increased by 3.5 mln. The world documented 0.5 mln more infections than a week before.

Due to another increase in Western Europe and North America, the incidence returned to the level of late May, and specialists are concerned that this is only the beginning: as Director General of the World Health Organization (WHO) Tedros Adhanom Ghebreyesus stated, the world is in the early stages of another wave of the pandemic.

In a number of countries where the situation has stabilized since spring, the spread rates of the coronavirus infection are on the rise again. For example, the US began to detect more than 30,000 daily infections for the first time since mid-May, while in June this indicator went below 10,000.

In Russia, since late June the number of confirmed cases has not gone below 20,000 a day, and over the past two days it has been surpassing 25,000.

The situation in Western Europe is rapidly deteriorating as well: in the UK, the number of daily detected cases is approaching 50,000 (compared to 5,000 in early summer), while in the Netherlands it has surpassed 10,000 for the first time since December. On Tuesday, Spanish authorities reported a record high of the infections since the beginning of the pandemic - over 43,000 per day.

The incidence in Italy and Germany has almost doubled (however, right now this is about 2,500 and 1,500 daily infections, respectively), and in France, where it increased 1.6-fold in one week, the authorities introduced serious restrictions: since August 1, the French won't be able to enter bars, restaurants and shopping centers without special sanitary passports, while medical and rescue workers will have to undergo...