EU forces pace on carbon cuts, challenges others to follow 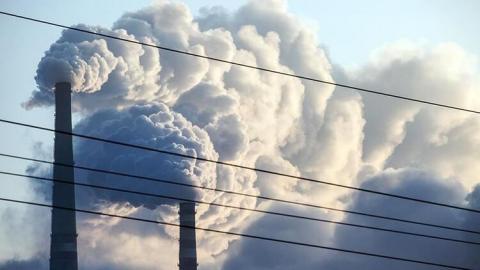 The European Union is using its heft as a wealthy trade bloc of half a billion consumers to set the global pace of climate change action, challenging others to match the ambitions of its latest carbon cutting plans.

The question now is whether the EU gambit becomes an established benchmark upon which investors and sectors like the auto industry set transition strategies and how big emitters like the United States and China respond ahead of UN climate talks later this year.

"Amongst G7 and G20 nations, the EU position is now the explicit global benchmark," said Julian Poulter, Head of Investor Relations at Inevitable Policy Response, a consultancy on environmental economics.

"It will exert a new influence on that basis, in other industrialized nations and their financial sectors and increase pressure on those nations that remain as climate outliers and spoilers," he added.

In its most ambitious bid yet to hit a goal of cutting net greenhouse gas emissions by 55% from 1990 levels by 2030, the EU on Wednesday laid out proposals that would consign the internal combustion engine to history and raise the cost of emitting carbon for heating, transport and factories.

A proposed carbon border levy would seek to impose on trading partners a carbon price reflecting the level set by the EU's carbon emissions market, the largest of its kind in the world.

Paolo Gentiloni, the European Commissioner for economic matters, said a 10-year transition from 2026 for the carbon levy on goods such as steel, fertilizer and cement, would give others time to adapt.

"At the same time we cannot wait for a quite difficult global carbon pricing system to take place because we know, knowing our partners, that this...