Serbian Professors Profit From Loopholes to Work in Bosnia 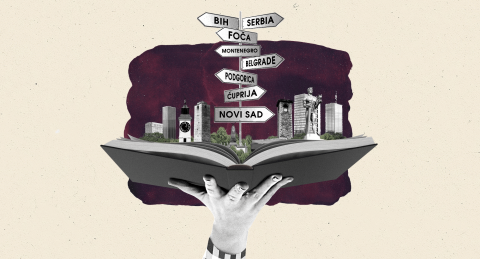 Although he lectures students in Foca, in Bosnia's Republika Srpska entity, he was not able to present a valid approval by the academic council of the High Medical School in Cuprija for this engagement, despite being obliged to have this under the Law on Higher Education in Serbia.

Following additional queries after the interview, he confirmed he did not have this required approval. "I have the consent of my department. I don't know what they have done in the meantime," he said.

The academic council of the higher educational institution must represent the said professional body in this matter.

However, neither Despotovic nor the Academy in Cuprija could confirm to BIRN that he had the approval of the latter's academic council.

In Foca, where Despotovic teaches three courses, it seems that they are not that concerned about the lack of approval, nor have they specifically insisted on him obtaining it. The Republika Srpska Education Inspectorate told BIRN that they had no competence to monitor compliance with Serbian laws in the entity.

Despotovic graduated from the Higher Medical School in Cuprija in 2001 and enrolled in the Management Faculty in Zajecar in 2003.