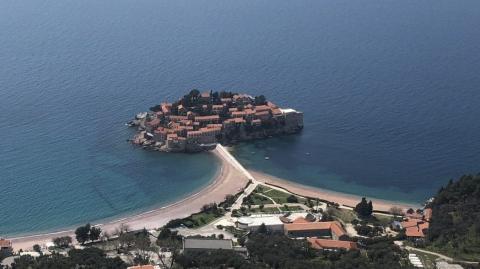 Descendants of the last Yugoslav king, Petar II Karadjordjevic, have called on the new Montenegrin government to do more to give them back property they claim belongs to their family.

The family lost its assets in Yugoslavia after the communist takeover following the end of World War II, when the country became a republic.

The former royal family is now seeking the return in Montenegro of a luxury villa in the five-star Milocer resort in the Budva municipality, Leskovac castle in Rijeka Crnojevica and a house in which King Alexander, Petar's father, was born in the historic former Montenegrin capital, Cetinje.

"I believe and call on every person who believes in justice, as well as the appropriate officials, to step forward, take responsibility and try to correct this historical injustice that has lasted for more than seven decades," Aleksandar Karadjordjevic said in a written answer to BIRN.

In 2005, the former royal family demanded the return of a luxury villa of Milocer near Budva, which was the summer residence of King Alexander, along with the adjacent Queen's Beach. Milocer is currently a luxury state-owned hotel rented to a Singapore-based tourism company, Aman Resorts.

The royal family also wants the return of 47,586 square meters of land around Leskovac castle in Rijeka Crnojevica near Cetinje, which served as the winter residence for the royals. The house in which King Alexander was born in Cetinje, which the Karadjordjevic descendants are also demanding, is now an ethnographic museum.

Documents about purchasing, paying for works and taxes for properties in Montenegro, which the Serbian royal family claims to prove the ownership. Photo: Courtesy of the Karadjordjevics.