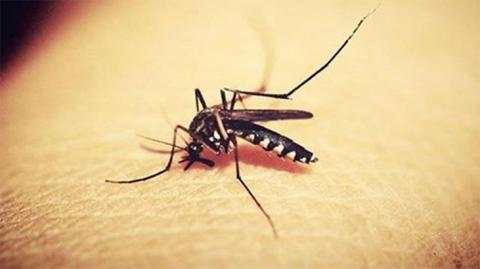 A Turkish academic has raised the alarm over looming disease threats that could be caused by Asian tiger mosquitos which have recently been seen frequently and especially in Istanbul.

Many complaints have been coming in from Istanbul residents who generally get bitten by the Asian tiger mosquito, a carrier of malaria, yellow fever, the West Nile virus and the Zika virus.

The itchiness and redness caused by its bites is more persistent than those from other mosquitoes, according to those complaining.

Developing a long-term and environmentally friendly solution to the latest mosquito threat, Necla Birgül İyison, an academic from Boğaziçi University, made a series of suggestions regarding the increasing population of Asian tiger mosquitos and the characteristics of this species.

Pointing out that the Asian tiger mosquito species was first seen in Turkey's northwestern Thrace region in 2011, İyison said that it can adapt quickly to the environment and multiply since it is an invasive species.

Noting that Istanbul is a transit point due to its geographical location, the academic emphasized that Asian tiger mosquitoes can flock to the region due to the consequences of climate change.

Reminding that mosquitoes lay eggs in stagnant wetlands, she recommended that residents should not leave water-holding objects near their living spaces.

"Streams, ponds, water channels, cans, pools are among the places where these mosquitoes can lay their eggs," she added.

Meanwhile, Istanbul Metropolitan Municipality warned residents about the danger of mosquitoes with a short message it sent last week.

"Areas where water can accumulate, such as bins, pools and flower pots are a good breeding...