Over 26 tons of drug raw material seized in western Turkey 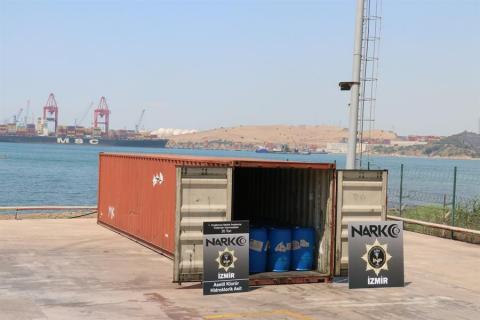 Security and customs authorities in the western province of Izmir seized over 26 tons of raw material used in drug production, said Turkish sources on July 17.

Acting on a tip-off, a team of security forces and customs personnel conducted a joint raid on a ship that arrived from China at a port in Aliağa district, said a security source who requested anonymity since he is not authorized to speak to the media.

The team discovered 26.16 tons of drug raw material in a container during the search, including hydrochloric acid and acetyl chloride, the source said.

An official investigation into the large quantity of drug raw material has been initiated, and one person has been taken into custody.