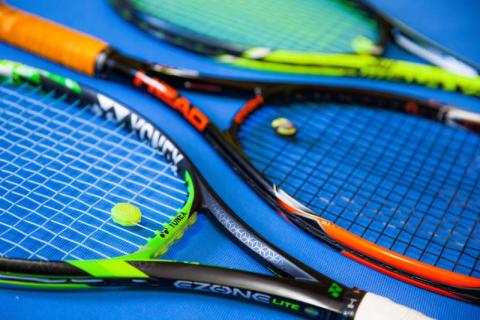 Lausanne – Top seed Tamara Zidanšek, the French Open semi-finalist, won the WTA Lousanne Open in Switzerland on Sunday beating France’s Clara Burel in the finals after a good two hours with 4:6, 7:6 (5) and 6:1 for what is her first-ever WTA tournament victory.

Zidanšek, the world’s number 50, won the Lousanne title as she played in the finals of a WTA tournament for the third time today – after Bogota in April and Nürnberg in 2019.

Last month she made Slovenian tennis history by making it to the semi-finals of the French Open, in what was only the second semi-final appearance for a Slovenian woman tennis player in the singles competition at a Grand Slam tournament in almost four decades and a half.

The 23-year-old Slovenian is currently the world’s number 50, but will progress among the top 40 as the WAT rankings are refreshed on Monday. Her best ranking ever was 46th spot on 21 June.