Ankara to talk with Taliban over Kabul airport 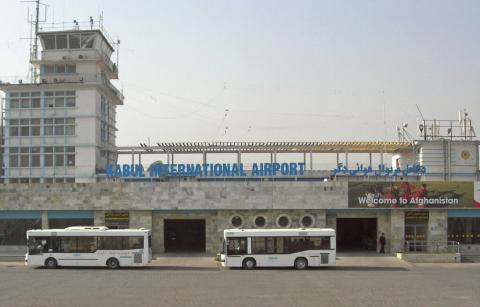 Turkish President Recep Tayyip Erdoğan has said the Taliban should end the occupation of their brothers' soil and played down a warning from the militant group of consequences if Turkish troops remain in Afghanistan to run Kabul airport.

Recalling that Afghanistan is a predominantly Muslim country, Erdoğan said at the press conference in Istanbul before his visit to Turkish Cyprus that the approach of the Taliban in Afghanistan was not how a Muslim behaves to another Muslim.

The president also noted that Turkey was planning talks with the Taliban about Kabul airport.

"God willing, we will see what kind of talks we will have with the Taliban and see where these talks take us," Erdoğan told journalists.

Kabul airport is key to allowing countries to retain a diplomatic presence in Afghanistan after U.S. troop withdrawal, and Ankara has been negotiating with U.S. defense officials over its offer to help secure and run the airport.

Last week, the Taliban said that Turkey's offer was "reprehensible."

"We consider the stay of foreign forces in our homeland by any country under whatever pretext as occupation," the group noted.

Meanwhile, the latest round of intra-Afghan negotiations failed to deliver a breakthrough, with the Afghan government and the Taliban vowing in a joint statement on July 19 to meet again and expedite high-level peace talks in Doha, Qatar.

The statement issued after two days of talks said the two sides also vowed to safeguard civilian lives, infrastructure and services in the war-ravaged country.

Both sides "realize the need of an agreement that can address the interests and demands of all women and men of Afghanistan in light of Islamic principles" and...