B92.net finds out: Documents that Vučić will show in Brussels; 80 incidents in Kosovo 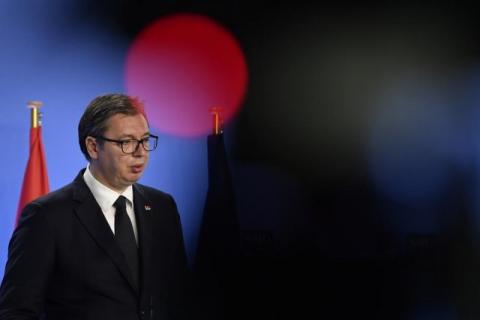 As we find out, Vui will speak at the meeting about as many as 80 religiously and ethnically motivated attacks on Serbs and the Serbian Orthodox Church in Kosovo and Metohija, just since the start of this year.
All the incidents that President Vui will talk about at this meeting happened from the beginning of this year to July 12.
Incidents range from banning state officials, the media and athletes from entering Kosovo and Metohija, to arrests, burglary of houses and churches, theft and destruction of property, to serious attacks.
The list of incidents that Vui will present in Brussels also includes the shooting of Boban Risti in Laplje Selo in February, the stabbing of a Serbian young man M.M. in Kosovska Mitrovica, also in February, the wounding of two Gorani (Slavic Muslem ethnic group inhabiting the Gora region) in Globoica, running over by car a Serbian boy L.P. in Graanica in March, the April attack on young Serbs Marko Nikoli and Milo Roi in a cafe in the north of Kosovska Mitrovica, then attacks on young men Luka Dimitrijevi in Graanica and Lazar Djordjevi with his family in the village of Gojbulja.
In May, Miroslav Lukic from Velika Hoca was physically attacked by three Albanians, while in June, Dragica Gasic, the first Serb returnee to Djakovica, was attacked. Earlier this month, a group of Albanians beat a 13-year-old boy, Nikola P., while just a few days ago, Ranko Bacic, 67, from the village of Dolac near Klina, was attacked by Albanians and seriously injured.