Decision to postpone Olympics was hard but showed determination: Envoy 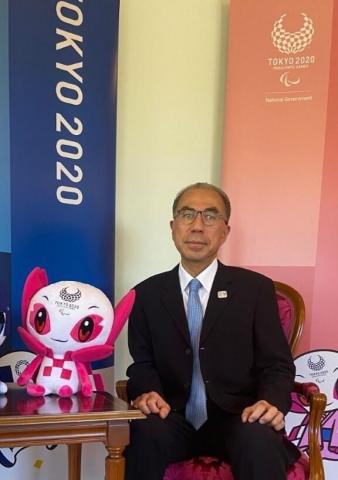 As Tokyo is getting ready to host the 2020 Olympics this week, Japan's ambassador to Ankara has said that the decision to postpone the games was not easy but demonstrated a "strong determination" to provide safety to the athletes and officials.

Japanese Ambassador to Turkey Suzuki Kazuhiro told Hürriyet Daily News in an interview that authorities in his country were "preparing day and night" and taking strict measures while taking into account suggestions from health experts.

"The decision was, of course, not easy as the postponement would be unprecedented in modern Olympic history, but I understand that it is an expression of strong determination to have a safe and secure competition," he said.

Underlining that Japanese authorities are giving "high priority to making the events safe and secure, Suzuki said that matches in Tokyo would be held without spectators, along with many other regions hosting the events.

"The Japanese Government requests all participants, including athletes and officials from every country, to understand and abide by the infection control rules. I trust that these views of the Japanese government are fully understood," he said.

Suzuki expressed sorrow that the Olympics would be held without spectators but said that it would be possible to watch the matches simultaneously via live broadcasts.

"I invite the Turkish people to follow the competitions of Turkish athletes in this way and share their excitement," Suzuki...