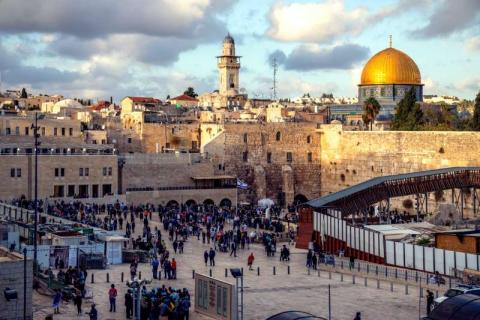 Metlika/Cerklje ob Krki – A high-profile ceremony at the Prilozje air strip near the town of Metlika in the south-east of the country will mark the first Slovenia-Israel Friendship Day on Monday in memory of the joint fight against Nazism and Fascism in World War II. Slovenia’s president Borut Pahor and Israeli Ambassador Eyal Sela will be in attendance.

The event, marking the centenary of the birth of Israeli hero and poet Hannah Szenes, who parachuted into the Bela Krajina region on a mission during WWII, will be addressed by President Pahor as the keynote speaker as well as by Israeli Ambassador Sela.

Before the ceremony, a pair of women parachutists from Slovenia and Israel will make a landing in a tribute to Szenes, the president’s office has announced.

Szenes was one of the 17 Hungarian Jews who joined the British forces as a volunteer. Parachuted by the British on a mission to assist anti-Nazi forces, she landed in Bela Krajina on 13 March 1944 in an area liberated by the Partisan resistance.

As a British soldier she later headed on foot to Hungary. She was apprehended by Hungarian gendarmes at the border in June 1944 and was sentenced to death.

To honour her memory, 100 Israeli parachutists, joined by colleagues from Slovenia, Croatia, Hungary and the UK will parachute to the Cerklje ob Krki airbase ahead of the Metlika ceremony at the initiative of the Israeli Defence Forces in cooperation with the Slovenian Defence Ministry and the Slovenian Armed Forces.

Friendship days strengthen cooperation between countries and invoke the long-running bonds, friendship and alliance in hardest times, something that Pahor discussed in a recent phone call with his new Israeli counterpart Isaac Herzog.

Minister says no change in position on China

RTV Slovenija gets new supervisory board