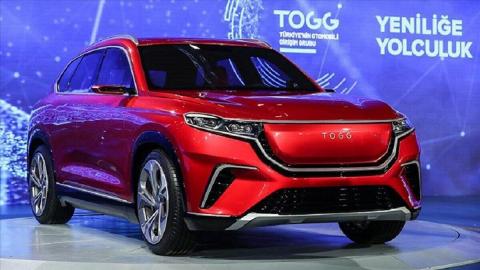 Turkey's Automobile Joint Venture Group (TOGG) has announced that it has successfully completed the initial body assembly of the country's first indigenous car on July 18.

"Our first body is assembled with all parts produced in our country," TOGG said on Twitter.

In June 2018, five industrial giants: the Anadolu Group, BMC, Kok Group, Turkcell and Zorlu Holding as well as an umbrella organization, the Union of Chambers and Commodity Exchanges of Turkey, joined hands to create TOGG.

TOGG, which aims to produce one million electric vehicles by 2032, will make five different models- SUV, sedan, c-hatchback, b-SUV and b-MPV- until 2030, and own their intellectual and industrial property rights.