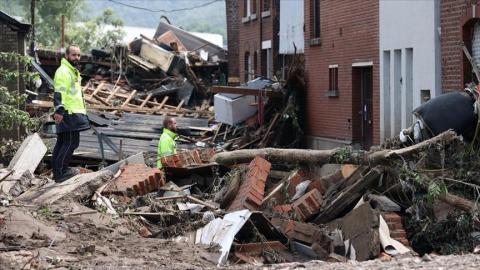 The Turkiye Diyanet Foundation launched an aid campaign in Belgium on July 18 to support the victims of floods in the east of the country.

In an announcement made in Turkish, French and Flemish for the campaign, the foundation called for solidarity to help the flood victims.

The announcement said the amount collected in the campaign would be delivered to the authorities.

"Together, we can overcome these difficult days!" it added.

At least 31 people have died and 163 have gone missing in floods that have affected Liege, Verviers, Spa, Namur and Limburg.

Dozens of buildings were destroyed while thousands of them became dysfunctional.

While the search for missing people continues, electricity is not available to nearly 40,000 houses.