Erdogan doesn't say anything by accident, such as lobbying for Kosovo's independence? 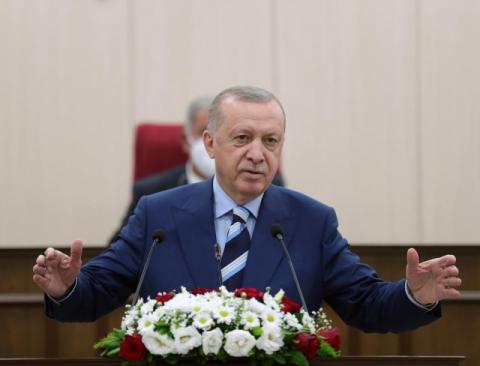 It is necessary to analyze why Recep Tayyip Erdogan, who does not say anything by accident, decided to announce intensified lobbying for the recognition of the so-called Kosovo, and that explicitly in cooperation with the USA, said the former ambassador of Serbia to Turkey and UNESCO, Professor Darko Tanaskovic.
He pointed out that since the Biden administration came to power, the pressure on the states that did not recognize the so-called Kosovo, and especially European countries has been strengthened, Kosovo online says.
"Greece is the best example. After the stagnation of the process of recognizing the independence of the so-called Kosovo in recent years, and even the derecognition of some countries, I assume that the process will intensify towards what is called the 'final solution' of this open issue, without respecting the legal and legitimate interests of Serbs and Serbia, or with minimal cosmetic simulation of the realization of those interests", said Professor Tanaskovic.
However, the Serbian diplomat does not anticipate a massive response to the calls of Kosovo lobbyists, because many countries have their authentic, strong reasons why they are wary of the international affirmation of Kosovo's independence, although he expects Turkish diplomacy to continue developing and expanding its lobbying front.
"The target group of Ankara will not only be primarily Muslim countries, as might be expected, but also non-Muslim Asian and African countries, with which Turkey has established and expanded economic cooperation in recent years. However, I do not expect Turkey's lobbying activities to be overly successful", Tanaskovic said.
He stated that it was convenient for Erdogan to announce before his visit to the northern, Turkish part of...