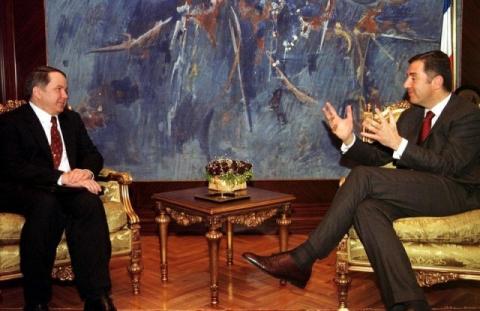 According to him, the main task of the CIA stationed in the Croatian town was to protect the then and current president of Montenegro, Milo Djukanovi, if the then president of the FRY, Slobodan Miloevi, attacked him.
In an interview for the premium service of Zagreb's Vecernji list, and Podgorica's Vijesti reports, Montgomery said that it was difficult to raise funds to finance Djukanovic's government, so he said they started allowing tobacco smugglers to operate from Montenegro.
When asked what he thinks of Djukanovic's role in the history of the break-up of Yugoslavia, Montgomery said that "Djukanovic is the most capable, most agile politician in the region."

He also said that everyone knew what was happening, but they allowed it because it brought the money that Djukanovic needed against Milosevic.
"But when the wars ended and Milosevic fell, something like the scene from 'Casablanca' happened. The Italians said: well, that's where the smuggling happens. We have to investigate that. And so they started a big investigation that included Djukanovic. He sees that the Italians are going after him, that the British are starting to take organized crime more seriously, etc. And then he makes a shift again, this time towards the Russians. He sends his closest adviser to the ambassador to Russia with the intention of attracting the Russians to come and invest in Montenegro. And they do that. But then he sees another opportunity, moves away from Russia and joins NATO," the former US Ambassador said. A journalist from "Veernji list" then says: "The Russians are trying to carry out a coup d'tat, at that moment, which is a serious matter."
"Yes, he survived that, too. He is constantly making huge...