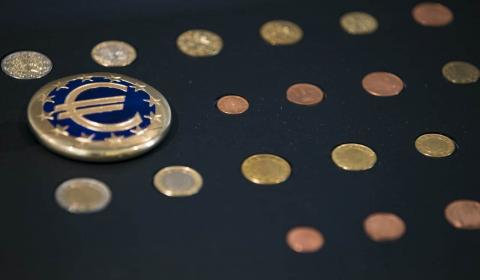 Croatia announced on Wednesday that the final proposals for the motifs for future Croatian euro coins, which will replace today's national currency, the kuna, are the Croatian coat-of-arms, a geographical map of Croatia, the marten - the animal after which kuna was named, the Glagolitic script - the oldest known Slavic alphabet and the inventor Nikola Tesla who was born in central Croatia.

Around 50,000 citizens responded to the call of the Croatian National Bank, HNB, to take part in the online selection of the future Croatian euro coin.

Citizens were offered five motifs to rate but could also put in their own suggestions. The government said citizens had submitted more than 11,000 suggestions, but Tesla was the most common.

Tesla was nominated individually by 2,599 citizens, or by 22,8 per cent of all proposals. On the other hand, Former President Franjo Tudjman was placed ninth, with only 143 proposals.

Tesla, one of the 20th century's scientific greats, was born near Gospic, in Croatia, but whether he "belongs" to Croats or Serbs is a moot question. In the 1990s, Croatian nationalists played down his ethnic Serb origins.

Born in 1856 into a Serbian family in a small village of Smiljan, in central Croatia, which was then part of the Austrian Empire, Tesla became one of the most important inventors in the field of developing the use of...